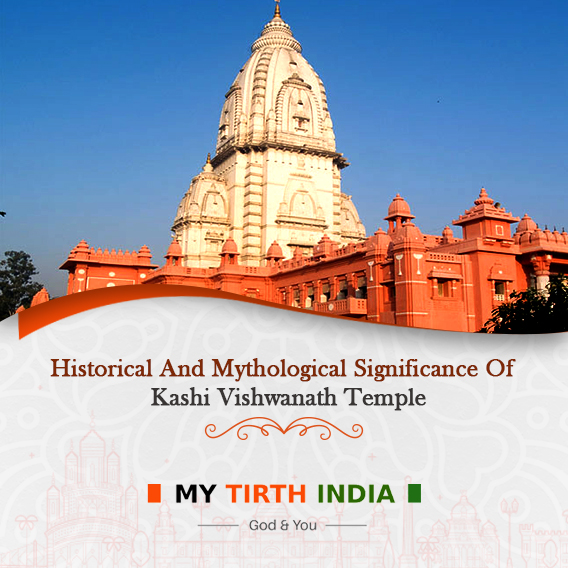 Kashi Vishwanath is one of the popular pilgrimage sites of India. An Indian Hindu does not consider his life fulfilled unless he has made at least one darshan of Kashi Vishwanath. This is one reason why the kashi vishwanath darshan package is so popular in India. Like every pilgrimage destination in India, Kashi Vishwanath too has a background story associated with it. Read more about it .

All about Kashi Vishwanath:-

Kashi is the other name of Varanasi. The name Varanasi finds its origin in the rivulets which form the basis of the place. Varanasi is a creation of the confluence of rivulets Varuna and Asi and hence the name Varanasi. Kashi or Varanasi is one of the ancient towns in India. The area still retains its old-world flavor and charm.

The main attraction of Kashi, other than the beauty of river Ganga, is the Kashi Vishwanath temple. This temple finds mention in the Skanda Purana and is a shrine of Lord Shiva. The temple is on the western bank of River Ganga and is one among the twelve Jyotirlingas.

The story of Kashi Vishwanath

The story of Kashi Vishwanath goes such that one day Lord Brahma and Lord Vishnu had an argument over their powers – each trying to prove his might and supremacy over the other. To prove that he is superior, Lord Shiva passed his striking force through the three worlds in the form of a light known as the jyotirlinga. This resulted in the defeat of Lord Vishnu. This was due to the fact that Lord Brahma had lied about a premonition regarding the defeat of Lord Vishnu. When Lord Shiva came to know the truth he became very angry and came down as the second pillar of light. He cursed Lord Brahma and said that it will be Lord Vishnu who will be worshipped forever. Kashi Vishwanath temple is the place where the Jyotirlinga of Lord Shiva had fallen.

What is special about the Kashi Vishwanath Temple is that it has suffered severe blows over the course of history but has still retained its importance and glory. Qutab-ud-din Aibak destroyed it in 1194 CE but was rebuilt during the times of Iltutmish. Sikander Lodhi as well as Emperor Aurangzeb Once again demolished it . But nothing could take away the importance of the temple and the temple continues to be a beacon of the glory of Indian culture.

To witness this marvelous piece of Hindu culture and tradition, take a Kashi Vishwanath tour package and walk through the temple courtyard. Witness the mesmerizing banks of the Ganga river and revel in the beauty of a traditional city with its traditional values. For a hassle-free and totally comfortable journey select My Tirth India as your tour partner and have a memorable tour.