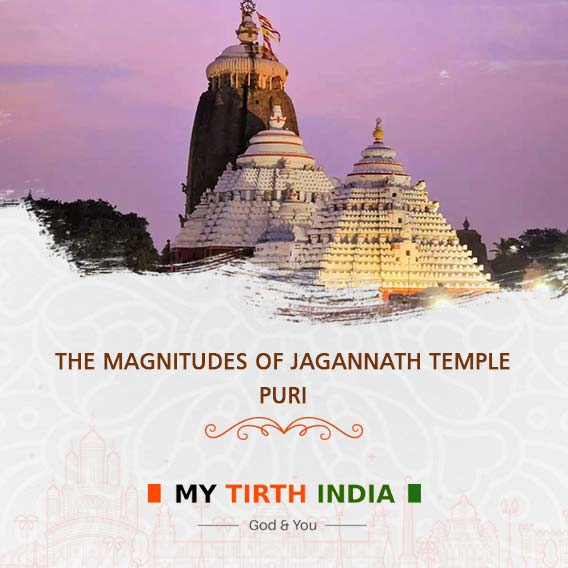 One of the most popular heritage sites in India is the Jagannath Temple in Puri, Odisha. This temple is the abode of Lord Jagannath, his brother Balabhadra and Subhadra Devi who is her sister. Lord Jagannath is another manifestation of Lord Vishnu. This temple is also a part of the four pilgrim destinations in India, popularly known as Char Dham. You can book a trip here at a reasonable Jagannath temple Darshan Package.

You will find the mention of Lord Jagannath in multiple religions. That is why he is non-sectarian which means that people of no religion can claim him as theirs. He is the deity of everyone. Coming to the temple, the annual celebration of Rath Yatra is the main festival every year. It falls in the month of June or July and the eastern states mainly celebrate it. During this time,they take out all the three deities from the Garbhagriha of the primary temple. They are then kept in a chariot or Rath and also many people volunteer this journey to the Gundicha Temple. The distance from Jagannath Temple at Puri to the Gundicha Temple is approximately three kilometres. They stay there for a few days and then return.

The Theory Of Origin:

There are many speculations about the genesis of Lord Jagannath. Besides,various scriptures have various stories about the same. Some of them are:

Devotees believe that the emblematic features and also the trio Jagannath-Balabhadra-Subhadra is the symbolism of Krishna-Balaram and Ekanamsa. This is the Vaishnava theory regarding the origin of Lord Jagannath and the trio.

There is also the mention of Daru or wooden log in a Rig Veda. Devotees believe that this wooden log was afloat on the ocean and people believed that this was the Apurusham. According to Acharya Sayana, Apurusham and Purushottama is also the same thing. He also took a wooden log as Lord Jagannath.

Some alluring facts about the temple:

These are some amazing things you need to know about the Jagannath Temple in Puri, Odisha. Do Jagannath Temple Darshan Tour now. Check out the website of My Tirth India for amazing packages.