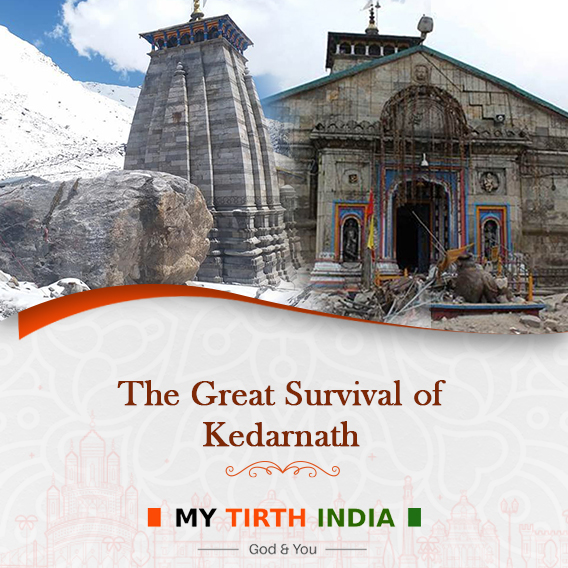 With a mesmerizing view of the gorgeous Mandakini river flowing, snow-laden mountains, scenic views and greenery- Kedarnath is nothing short of a paradise on earth. Every year thousands of devotees and tourists from around the globe come here to witness the spiritual beauty and get the blessings of Lord Shiva. You must be wondering out of all the pilgrimage sites in India, what is so special about Kedarnath? You would not understand it until you visit the place by booking a Kedarnath Uttarakhand Darshan Package. Keep reading to know more about the story of this spiritual city.

According to geologists and scientists all over the world, theKedarnath temple was under snow for about 400 years. This was approximately around the Little Ice Age (1300-1900 AD). There are several yellow lines present on the walls of the temple which indicates signs of glacial activities. As per sources and observations, the temple was not only able to survive under the snow but also did not face any serious damage.

The stones inside the temples are more glossy and shiny which also states some sort of glacial activity inside as well. Whoever was behind the designing and architecture of the temple, built it in such a way that it can survive any natural disaster. The entire city is also a part of the famous Chorabali glacier. There are mountains surrounding the temple from three sides including the Kharchkund and Bharatkund. Legend also says there were five rivers in the area- Mandakini, Chhirganga, Swarndari, Saraswati and Madhuganga. Some of these rivers are also only in the scriptures. Now, you can only find the river Mandakini and Kedarnath also receives the highest snowfall in the winters. Hence, they built the temple in such a way that it could witness all the disasters.

We all are also aware of the Kedarnath Flood of 2013. It was one of the one disasters that struck the country since the Tsunami of 2004. Almost 200 lives were lost in the disaster and several people became homeless. It was a series of flash floods that took no name of stopping. Almost 4500 villages fought this fury of nature and several places were destroyed completely. Kedarnath, the temple and town, also bore the brunt of nature’s fury, but the shrine survived. Some say a massive boulder blocked the path of the water and saved the temple from being washed away. Miracle or just great architecture, the shrine survives and continues to attract the devout to this day.

This is the survival story of Kedarnath temple or the temple of destiny. If you wish to visit this place, then book a package from the website of My Tirth India. They will make sure you have the best Kedarnath Uttarakhand Darshan Tour.