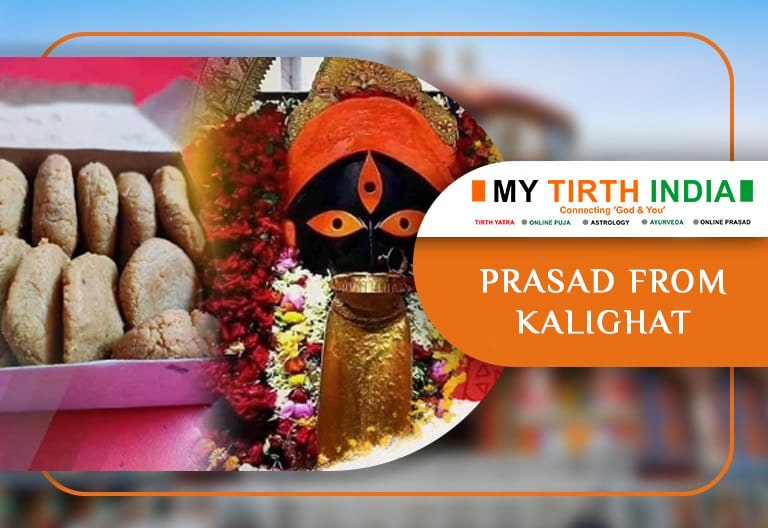 Rs.599/-
BOOK NOW
KALIGHAT TEMPLE
Ma Kali Temple, Kalighat is located in Kolkata, West Bengal, India dedicated to Goddess Kali. It is one of the most important 51 Shakti Peethas. The name Calcutta is said to have been derived from the word of Kalighat. The Kalighat temple in its present form is about 300 years old. The present structure of the temple was completed under Sabarna Roy Chowdhury patronage in 1809.
The image of Kali in this temple is unique. It does not follow the pattern of other Kali images anywhere else. The present idol of touchstone was created by two saints - Atmaram Brahmachari and Brahmananda Giri.
The Goddess at Kalighat Temple has three huge eyes, long protruding tongue made of gold and four hands, which all are made of gold too. Two of these hands holding a scimitar and a severed head of the asura king 'Shumbha'. The scimitar signifies Divine Knowledge and the asura head signifies Ego which must be slain by Divine Knowledge for attaining Moksha.
The jostling pilgrim queues that snake into the main hall to fling hibiscus flowers at the revered crowned, three-eyed Goddess Kali with a gold-plated tongue, is seen to be believed. Behind the bell pavilion, goats are ritually beheaded on auspicious days to honour the goddess.
Some relevant pointers for visitors include the following: The temple is located in southern part of Kolkata. Nearest Metro Stations: Jatin Das Park and Kalighat. Opening Hours of the Temple : 5 a.m -2 p.m and 5 p.m – 10.30 p.m
Make your visit to this pious location a trip to remember with 'My Tirth India' . We are here to serve you.
PRASAD BOX INCLUDES
Peda
Raksha Dhaga
Sindoor
Mata Ki Chunri
Elaichi
Mata Ki Photo

MY TIRTH INDIA : We are here to Serve.