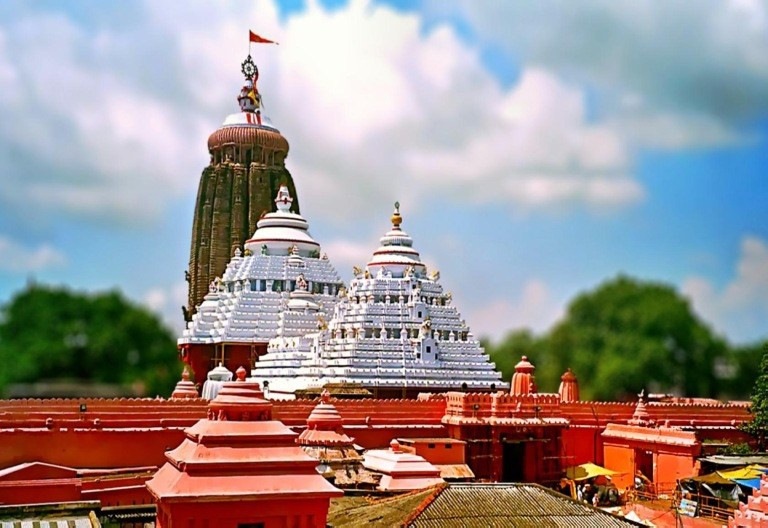 Jagannath Puri, the beautiful jewel in the crown of Odisha. A place of divinity which completes the "Chaar Dham" (Badrinath, Dwarka, Rameshwaram and Jagannath Puri). It is located in the heart of Puri, Odisha. This temple is not only rich in its architecture but also rich in history too. It dates back to the 12th century and though it was invaded 18 times during 1692-1707 it is still in a very good condition.

The kitchen in the temple is considered to be the biggest kitchen in the world.  As per the tradition Goddess Mahalakshmi supervises making of food in the temple kitchen.  There are several astonishing facts related to this marvellous temple one of those is that it hosts nearly 50,000 to 200000 visitors in a day and never in history has the temple run out of food or "Prashad"

That’s something really interesting. It serves food to those devotees in the form of "Maha-Prashad" which is truly a delight to the taste buds.

The temple also hosts the biggest Chariot festival (Rath Yatra).  It is the one of the liveliest celebrations in the world. The 10 days festival is the best time to witness the deities namely Lord Jaggannath, Lord Balabhadra and Goddess Subhadra as they are taken out of the temple premises.

Another iconic place within the temple premises is the Singha Dwar, meaning " The Lion Gate". It is one of the 4 gates to the temple and dedicated as the Main entrance. An idol of Lord Krishna in the form of "Patit-Paavan" is carved on the right side of the entrance. It stands for the Saviour of the downtrodden and fallen. A magnificent monolithic pillar stands in front of this gate.

Sharing some of the astonishing facts about the Jagannath Temple -

•         The flag mounted at the top of Jagannath temple always flows in the opposite direction of the wind.

•         Jagannath temple has no shadow at all from any of the directions or at any point of the day.

•        The deities of the temple are believed to disintegrate on their own and for this reason they are replaced by new idols made from neem woods. Once in 14-18 years the deities are replaced.

•        In Hinduism "Prashad" is referred as blessings and it is believed that it should not be wasted. In Jagannath Puri the food is cooked within the temple and offered to devotees. The range of devotees may vary from 50,000-200000 but not a single devotee has returned without having prashad, neither it gets wasted nor it falls short.

•        The temple is an epitome of architecture, the Sudarshan Chakra, the weapon of Lord Krishna weighing a ton is located at the pinnacle of the temple, which was made in 12th century that itself is an amazing and extraordinary feat to have carried the one-ton piece of metal so high in the 12th century. It is also believed that if looked from any direction the chakra looks back with same appearance.

This majestic piece of architecture holds several mysteries in its heart. We welcome you to make this marvellous and ethereal journey first hand with My Tirth India. We are here to serve you.

Puri is home to one of the longest and most colourful beaches in India on the banks of the Bay of Bengal.  Traditional and colourful fairs are held throughout the year for tourists. There are beautifully decorated camels and horses, to ride on. There are local shops to buy souvenirs. Local & traditional  delicacies to try on and serene sunsets or sunrises .

www.mytirthindia.com has several attractive standard and deluxe packages to choose from. We assure you of an experience you will never forget.