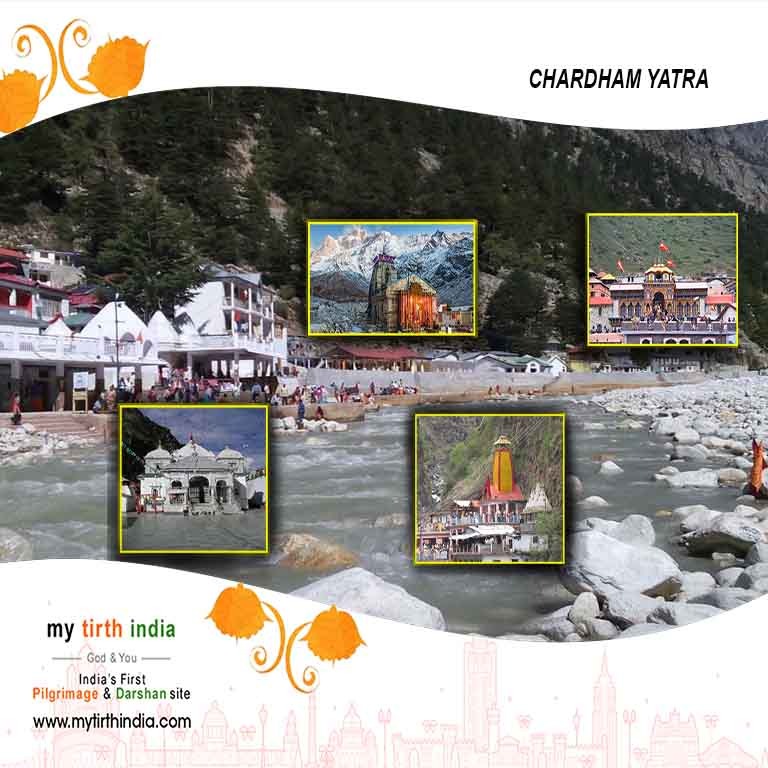 YAMUNOTRI: The first chardham (going from left to right, as is traditionally stipulated), is one of the most revered temples in India. Yamunotri is the source of the sacred river Yamuna that originates from the glacial lake of SaptarishiKund, at an altitude of 4,421 meters. Dedicated to capricious Goddess Yamuna, this ancient temple has been a pilgrimage for centuries. Starting at Rishikesh, the yatra takes the pilgrim through some of the most beautiful panoramas, and eventually on the 14 kilometer arduous trek from Hanuman Chatti that is not merely visually and physically stimulating but spiritually uplifting.

GANGOTRI: Ganga, India’s most sacred river is inextricably linked to our past, present and future; it is the very essence of our cycle of life and death. The journey to its source is to reinforce those systems of belief that have been held sacred by our ancestors for centuries. The pilgrimage begins at Rishikesh, an ancient holy town, and leads the traveler through majestic vistas, stunning valleys, and beautiful meadows to eventually end at the holy temple of Gangotri. All through the journey, it is the glimpses of the Ganga in all its moods – playful, placid, and turbulent – that inspire the pilgrim to continue this journey towards spiritual salvation.

KEDARNATH: Set in the beautiful Mandakini valley, cupped by lofty peaks, the majestic Kedarnath Temple stands on a glacial terrace, remnant of an ancient glacier – long since melted. This is Lord Shiv’s territory – and the region is a living testimony to his adventures and exploits. The temple is believed to have been built by the Pandavs, protagonists of theMahabharat, as a tribute to Lord Shiv having forgiven them for fratricide after an exciting chase through the Himalayas. The journey to Kedarnath – the most significant of the 12 jyotirlings located in different parts of India -- is to relive these ancient tales and legends, and to become one with God.

BADRINATH: The Badrinath shrine is believed to be as old as time itself. Dedicated to Lord Vishnu, this temple was re-established by AdiShankracharya in the 8th century as part of his mission to revitalise Hinduism. Located on the banks of the Rishi Ganga (Alaknanda), the temple, and the numerous ancient sites around it, is indeed a worthy goal to aim for. The last 11 kilometres to Badrinath is a steep ascent. At Devdarshni, the vista of the entire Badrinath valley appears before you – the township, the magnificent façade of the temple and the twin peaks Nar and Narayan as if standing guard on its either side, and the Neelkanth shining like a crown on its head! And immediately you feel the spiritual upliftment that such a magnificent site inspires.