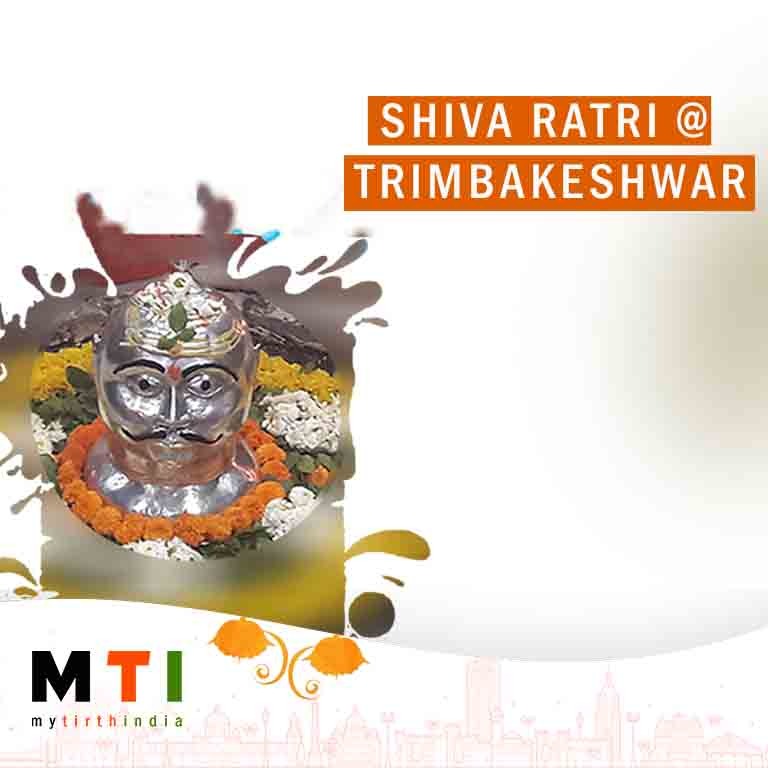 The Trimbakeshwar temple has been built by Peshwa Nana Saheb in the 18th century.It stands within a spacious courtyard and is constructed with a black stone in the Nagara style. The temple has a high Shikhara which is internally a square. Trimbakeshwar is located in the Nashik District of Maharashtra, India 28 km from the city of Nashik and 40 km from Nashik road.

It is one of the twelve Jyotirlingas. The origin of the sacred Godavari river is near Trimbak. Kusavarta, a kunda (sacred pond) in the temple premises is the source of the Godavari river the longest river in peninsular India. Altogether, the architecture of the temple is quite simple with not very intricate and immaculate carvings.

The Linga present inside the temple is called as Trimbaka because Lord Shiva has three eyes. The three thumb-sized Lingas present in the sanctum represent Brahma, Vishnu and Shiva. However, the main Lingam is present in a depression on the floor of the sanctum. Generally, the lingams are covered with a silver mask but, on festivals, a golden crown can be seen on the lingas. Also, a mirror is placed at a considerable height in the sanctum so that the devotees can see the Lord from a distance.

The Kumbhmela- It is one of the largest religious gatherings in the world. Held once in every 12 years, millions of pilgrims gather to take a dip in the Godavari. It was last held in the year 2015.

Mahashivaratri- Held in February or March, this is considered as the auspicious day on which Lord Shiva got married to Parvati. Devotees keep fast and sing bhajans throughout the day.

Tripuri Purnima- This festival takes place in the month of Karthik which is November or December. It is celebrated because Lord Shiva destroyed three demon cities which are known as Tripura.

Rath Poornima- Held in January-February, in the festival, the Panchamukhi Idol of Lord Trimbakeshwar is placed in a rath and then is taken around the town.

Make your visit to this pious location a trip to remember with 'My Tirth India'. We are here to serve you.

Maha Shivratri is a Hindu festival which is celebrated by people following Hinduism in India. People often fast on the night of Shivratri and sing hymns and praises in the name of Lord Shiva. Hindu temples across the country are decorated with lights and colorful decorations and people can be seen offering night long prayers to Shiva Lingam. Woodapple leaves, cold water and milk are offered to the Shiva Lingam on this day as they are believed to be Lord Shiva's favorite.