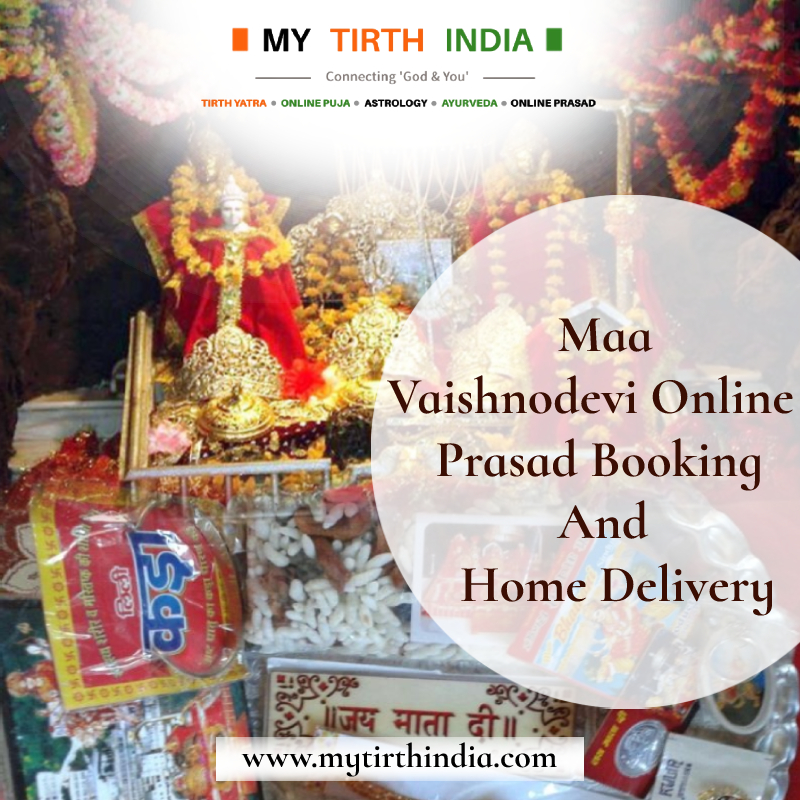 The great temple of Vaishno Devi Mata is visited by crores of devotees each year. You can imagine the popularity and importance of this temple encompassing the lives of devotees! The underlying faith of people for the Goddess is astounding as dawn, day, dusk, and night, devotees queue up for getting Darshan of Mata.

Outbreak Of COVID-19 Affecting The Temple:

Due to the outbreak of coronavirus in the world, strict procedures are being followed everywhere. Particularly, the outburst of this virus has resulted in the temporary shutting down of all religious places, including Vaishno Devi Mata Mandir for people visits. But, the good news is that now you get the option of offering your puja Online. The package also includes the home delivery facility of the legendary Prasad to ensure a proper Vaishno Devi experience.

These measures are taken to ensure that you get the best puja experience, just like the previous times. However, the only difference will be that the Puja will be performed online. We promise that you will not regret booking a puja as it will only prove beneficial for you and your family members.

Now, this is a once-in-a-lifetime opportunity you will not want to miss out on!

Steps To Follow To Book A Online Prasad / Puja:

All you need to do is book a puja online and then relax and leave it in the hands of the Shrine Board.

You are all done, now you can relax!

The Vaishno Devi Mata Temple rests calmly on the Trikuta Mountains of Jammu. Millions of people come here every year to seek the blessings of Maa. The number of foreigners seen in the temple is also extraordinary.

Though not allowed to visit the temple due to the COVID-19 crisis, the Puja can be seen live just because of the facilities made available. So, if you get a chance to be a part of this beautiful Vaishno Devi puja experience, do not miss it. We promise; it is going to be an opportunity of a lifetime.

Also, check our Online Prasad and Online Puja for other Indian Temples. 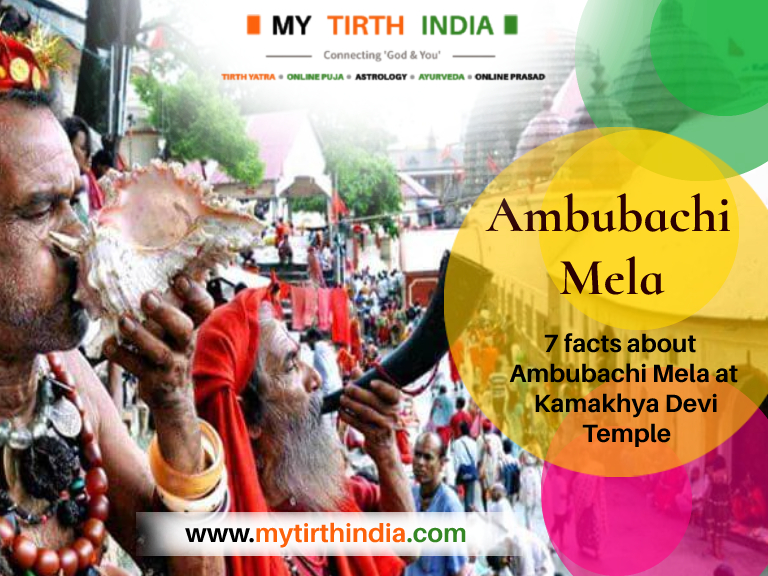 The famous Ambubachi Mela is an annual Hindu Mela held to worship Goddess Kamakhya. It is a four-day festival held at the Kamakhya Temple situated at Guwahati, Assam. The Maa Kamakhya Devi Mandir is a very well-renowned temple across the world where Goddess Kamakhya is worshipped.

This annual Mela is celebrated during the rainy season that falls in June, also known as Ahaar in Assam.

Today, we will talk about many beautiful facts about this Mela that make devotees from all across the country throng to this temple every year.

The Festival Which Celebrates ‘Fertility of the Eternal Mother for Life on Earth’:

The great Maa Kamakhya Ambubachi Mela celebrates the annual menstrual cycle of Maa Kamakhya. Goddess Shakti goes through the menstrual phases during the days when the Mela is celebrated and hence the temple is closed for the pilgrims for a period of three days. Post this span of three days, various rituals are performed for hours to make sure that the Goddess retrieves her piousness.

7 Facts You Should Know About the Ambubachi Mela:

1. Another Name for This Mela

The spiritual Ambubachi Mela is also known as Ameti or Tantric Fertility Festival. Tantrics across the country assemble in massive numbers to offer Puja to Maa.

It is believed our Mother Earth is similar to the Power of Feminine. This is the reason why a woman’s womb is held in comparison with Kshetra for cultivation as new crop harvesting starts post-Ambubachi.

The folklore suggests that we all are children of Mother Earth and Ambubachi ushers in a new beginning.

The Kamakhya Temple is closed for three days during the Ambubachi Mela – during these three days, all the devotees come across certain restrictions. These restrictions include not reading any holy books, not performing any puja, and not cooking. These prohibitions are similar to those faced by women during their monthly menstruation period.

4. Events Which Take Place After the Third Day

After completing three days, the temple doors are reopened again, and the devotees are allowed to enter the temple. Devotees then visit to seek the blessings of the Goddess, and Prasad is distributed among them.

Many devotees come to visit the temple, seek the Goddess’s blessings and receive the special ‘Rakta Bastra’ another unique and extraordinary. Some Tantric Babas, who remain in isolation throughout the year, are available during the Kamakhya Ambubachi Mela. Several pilgrims ranging from ordinary people to the Sadhus come to attend this festival. Not only this, but a large number of foreigners also come to observe this great Mela.

The Prasad is distributed during the fourth day of the Mela, after seeking Maa Kamakhya’s blessings, which is considered very special. It is distributed in two different forms- Angodak and Angabastra. The meaning of the work ‘Angodak’ is the ‘fluid part of the body. This refers to the ‘Water from the spring.’ The word ‘Angabastra’ means the ‘cloth covering the body.’ This refers to a piece of red cloth used to cover the yoni-shaped stone during the menstrual cycle of the Goddess.

Similar To The Concept Of Mother’s Day In the US- The primary purpose of the Ambubachi Mela is to allow the Mother to initiate a new beginning, a new year. Since our Mother Earth serves us all year long, we must let Her rest. The theory and concept are similar to that of the celebration of Mother’s Day in the US.

It is worth it to visit Maa Kamakhya Devi’s Temple during the Ambubachi Mela each year. An experience of a lifetime in itself.